One always assumes our top athletes have been participating in their chosen sport their entire lives, and we simply could not imagine aiming for and achieving such lofty goals.

But imagine yourself in Jono Ridler’s shoes – A soccer player all his life, a snowboarding accident ended badly with a shoulder injury, putting all sport on hold for a while.  What to do?

His year-long rehab program ultimately lead him to the pool.  Having never been a competitive swimmer, (but dragged off to swim school every week by his parents as a kid), Jono started swimming and by the end of 2011, he found himself on the start line of his first open water event, The Harbour Crossing, from Bayswater to the Viaduct Basin.

100m into the race he almost pulled out, his head telling him it was too far and that he couldn’t possibly do it.  Then the other voice told him to keep going and see what happens.  He completed the event and was hooked!

Since then he has participated in many Ocean Swim Series events, and other iconic swims around the country, but it just gets better!

In 2016 (after giving up running and soccer due to a long list of injuries) he did his first 10km swim event – buoyed by this milestone, he signed up to swim the Cook Strait (25.5km).

He embarked on a strict training schedule over the following year, and successfully completed his first attempt in February 2019 in 6hrs 22mins.

A lot of hard miles were swum in between of course, with 80km in his peak weeks, and his longest pool session was 30km – imagine that!

After yet another year of ocean training in the winter darkness with no wetsuit and sitting in ice baths for 1hr at a time, Jono successfully completed the Foveaux Strait crossing (30km) last month.

He writes on his Facebook page, “On Monday, I broke the record for the fastest crossing of Foveaux Strait, completing the swim in 7 hours and 52 minutes. It still feels quite surreal to write that. In doing so, I also became the 10th person to successfully swim Foveaux Strait (following marathon swimming rules) and the 7th person to complete the New Zealand Triple Crown of Marathon Swimming – made up of Cook Strait, Lake Taupo, and Foveaux Strait – and with the fastest combined time by 3 hours.”

We would like to congratulate Jono on this phenomenal achievement, and thank him for supporting our events over the years and in doing so, inspiring others.

We look forward to welcoming him at many more in the future! 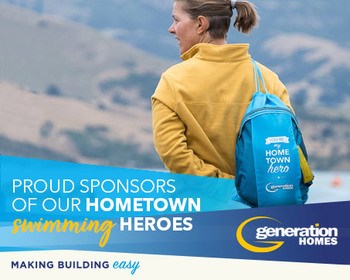