INTERISLANDER SWIM THE LIGHTHOUSE -THE TEENAGERS TAKE THE DAY!

With not a cloud in the sky and zero wind (yes, that is correct – no wind), Wellingtonians agreed it was the best day of the summer so far, and certainly the best day we have had in the 15 years of Swim the Lighthouse.

With over 1000 entries across the 5 distances the atmosphere on a day like this can only be described as electric!

THE RESULTS ARE IN

Coinciding with Swimming New Zealand’s All Stars Junior Festival, and doubling as the All Stars Zonal Secondary Schools Open Water Swimming Championships, it was THE day for the teenagers! With only a slight ripple on the water, the conditions were not tough enough to sort the men from the boys – our top performing teens Alex Dunkley and Oxford Bayley swimming head to head to the lighthouse making the homeward stretch the decider.

Bayley pulled away to take the lead and the overall win in 37:24, with Dunkley just 20s behind and Luke Kuggeleijn for third just 40s later.

In the females race, it was teen star Abbey Smale taking the win again, and 5th overall, in 40:52. Alice Adams came in over a minute later proving that the F30-34 year olds can still hold their own amidst the kids….

There were some outstanding performances by some of our 45yr+ competitors too – check out the results and be inspired! 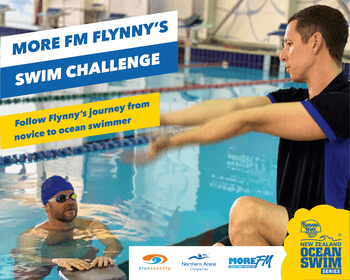